State of Terror at Amazon

The natural progress of things is for liberty to yield, and government to gain ground.
—Thomas Jefferson, 1788

In the near future, there has been a series of terrorist attacks. With the War on Terror now a global conflict, the distinction between the war front and the home front has blurred. With the Homeland at war, the old rules of law and of war no longer apply. New enemies call for new tactics. Surveillance by drone and satellite, warrantless search, universal electronic monitoring, internal passports, and abusive checkpoints and strip searches have become routine in the emerging National Security State. New enabling laws authorize secret courts and indefinite detention without charge or trial. Such is the setting for State of Terror.

I wrote State of Terror for an educational purpose. Essays and articles, no matter how well reasoned or written, do not carry the impact in the human mind of a good story. Talking abstractly about summary arrest, “enhanced” interrogation, or drone surveillance doesn’t make it real enough for most people. What does it look like? How does it feel? Illustrating it through a story brings it home. 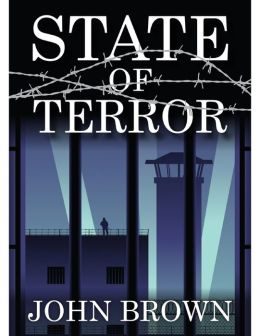 State of Terror at Barnes & Noble

Societies continuing down the path we have chosen (or tolerated) have not stopped their advance. Governments have not engaged in widespread domestic spying and enacted extraordinary emergency powers and enabling laws and then stopped there. It is not the nature of power. The impulse to control others, the “will to power,” to borrow from Nietzsche, doesn’t suddenly vanish.

On this site, I’ll publish thoughts and commentary dealing with events and themes portrayed in State of Terror. Please join the conversation. I invite your comments.

You may write me at firefighterbooks@gmail.com